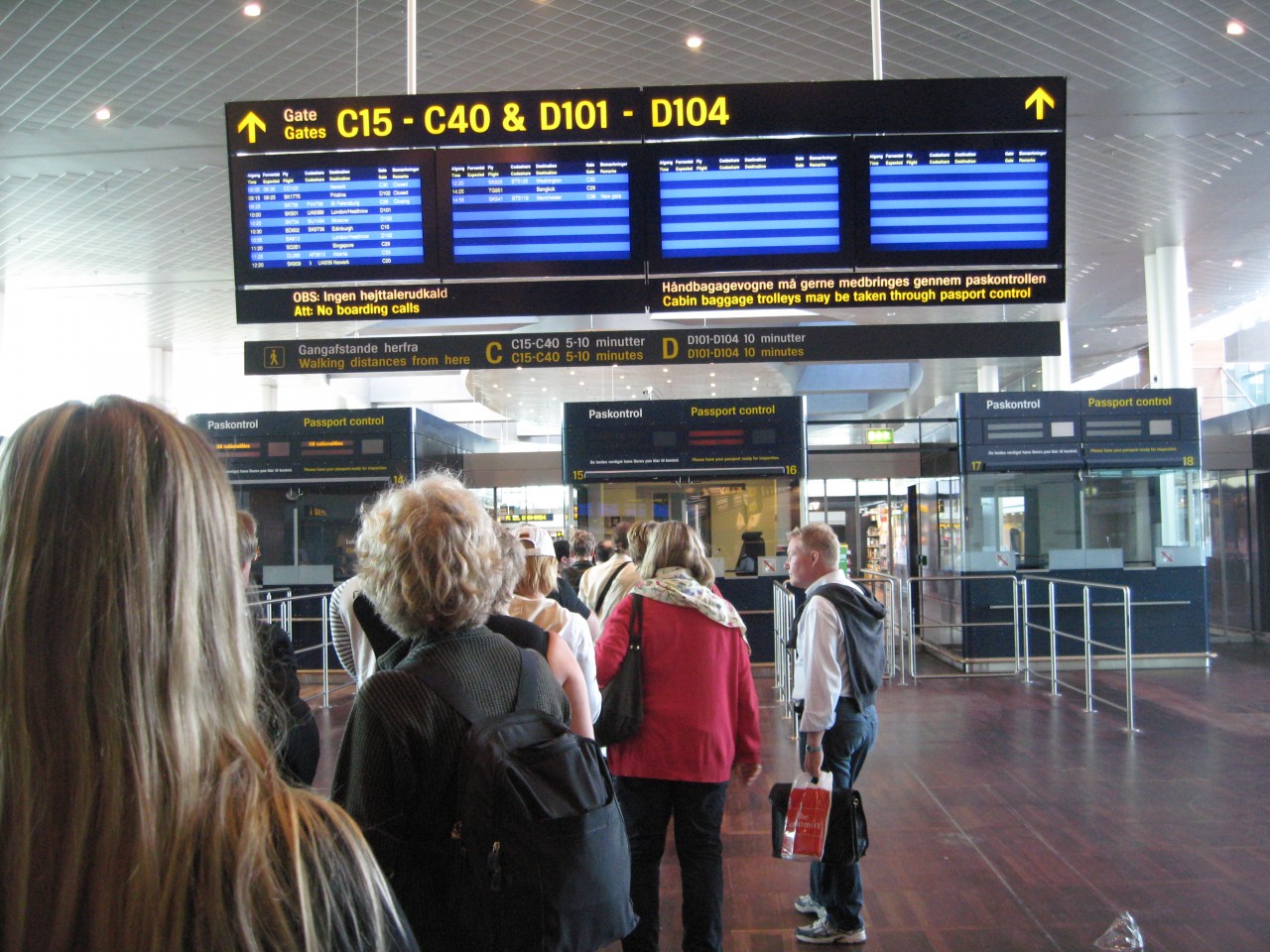 It’s all about attitude.

When you’re travelling, it’s your attitude that customs officials are monitoring. It has a lot to do with how you’re treated. As your Mother taught you, do unto others as they do unto you.

So when you’re pulled into the airless, windowless room at the airport for a “secondary inspection,” the nice phrase for being searched, take a deep breath and remember this advice about how to survive an airport security interrogation.

For those travellers heading into the US: don’t offer to open anything – the customs official will either ask you to open it or will open your luggage and start searching, asking questions during the search. And if you’re feeling embarrassed because of silly cartoon pajamas, naughty underwear or other items not meant for anyone’s eyes, believe me, they’ve seen everything. Listen to what you’re being asked – it will give you a clue to what may be the issue.

When I was searched on my way to the US for Christmas, the officer asked me what food I had brought with me. I told him that I had granola bars as snacks and had brought chocolate to give to my friends for the holiday. He immediately looked me in the eye and asked me where it was. I didn’t know at the time that Kinder Surprise, the German chocolate egg that has a toy inside, was forbidden to be transported into the US.

When the agent found the eggs and told me that they were considered a hazard for young children, I told him it was for pre-teens – aged 10 and 12. He admitted that they would be old enough to handle it, but the rule was still in force. He gave me the option to crack open the eggs and remove the toys so I could keep the chocolate. Anyone who knows what a Kindersurprise is would know this is ridiculous. But in the windowless airless room, this was a polite option from the customs agent. I said no thank you and the agent helped me repack before pointing to the exit to the gates.

For travellers searched upon arrival into a country – it’s routine and occurs in many countries. Most of the time it’s a random check for forbidden items – usually food, weapons, plants, etc.. Make your life easier with packing cubes or zippered pouches. These travel helpers make the search easier and make personal items seem less exposed to the stranger’s poking and prodding.

Be relaxed and keep an eye on your belongings, as many search areas are in the midst of where other travellers are passing through to the exit. Theft is a crime of opportunity – don’t give anyone the chance to swipe something.
Note: liquids, gels, lotions, should never be packed loose in a suitcase – from the ground to 30,000 ft and back to earth, these items tend to explode from the pressure. Not good when someone searches your bag post flight and could inadvertently trigger a leak.

For travellers searched when leaving a country – this has also become standard in many destinations. When I recently departed from Argentina, all hand luggage was subjected to a thorough search before boarding the plane. The airline officials let me know that they were looking for alcohol, since the flight was going into the USA and bottles over 100ml would not be permitted (it has to be placed in checked luggage). Other countries are to trying to prevent smuggling – when I was in Ecuador, I was told that several small animals like parrots and snakes are confiscated regularly at the airport from hand luggage!

Duty free is still a murky problem for many travellers if the US is part of your travel plans – always ask before buying to find out the rules.

Shedding tears or begging for mercy probably won’t help the situation. A friend of mine, Maurice, was heading home after a year of working in Jerusalem. He wanted to visit Lebanon en route, where there’s a loosely-enforced policy that prohibits visitors with Israeli stamps in their passport. He transited through Jordan, got a clean passport from the Canadian embassy in Amman, and hid the old one in his checked luggage. But as he prepared to board the plane to Lebanon, the Jordanian customs agent wanted to see the stamp showing his entry into the country – which was on his old (packed) passport in his checked luggage.

Maurice pleaded with the officer, delivering an Oscar-worthy performance as a confused tourist, trying to force any kind of moisture out of his tear ducts.

“You should have planned better,” he grunted, ordering him out of the line.

And my final tip – if you have something that could be a problem – don’t volunteer any information until asked, but don’t lie about its existence.

Show that you’re apologetic or unaware that it’s a problem to have that item in your suitcase. Any item discovered is subject to an in-depth search or scan – and although they don’t aim to destroy, break or ruin an item, if they have to, they will. Most customs officials will ask about an item – so be gracious, and consider –is it worth it for a long explanation or better to just let it go? Unless the items have the possibility of being a family heirloom or is a rare antiquity (and then you might be breaking the law anyways) let the item get tossed away.

Remember: you’re not dealing with Paul Blart, Mall Cop. Take it seriously, don’t act like a smartass, and keep your cool.

Waheeda Harris has been a freelance journalist since the beginning of the millennium, a traveller from childhood and will always be obsessed with pop culture from ’80s music videos to graffiti. As a lover of spicy food, she’s always the person tasting to see how hot it really is – and never says no to dessert.